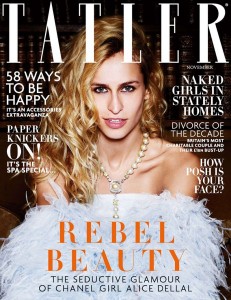 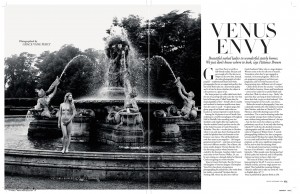 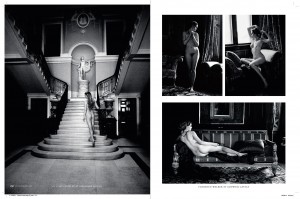 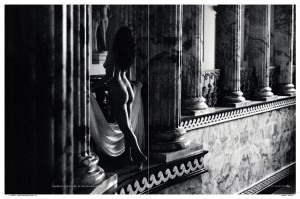 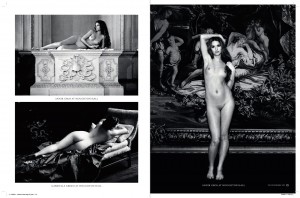 Thanks Tatler for this month’s most amazing spread! No less than eight pages!

From October 31st My First Book VENUS will be available

Buy your copy of the limited edition VENUS now!

“Quartet’s latest photographic volume, Venus, is something of a treasure; beautifully produced with that elegance which will endure, notwithstanding the trends of the day.

The black and white images of female nudity set against backgrounds of exquisite art and shot with a discerning eye prove time and again that the feminine form in a proper environment is not only alluring, but has the kind of  impact that defies any descriptive lexicon of words we choose to use.

The concept of the book is brilliantly executed, giving the reader a visual bonanza rarely experienced elsewhere. The book’s defused eroticism creates an art form which will dazzle all those who worship the glorious feminine structure of young women, directly contrasted in a setting embellished with artefacts by great artists from a different generation.

The master of ceremonies is the author/photographer Grace Vane Percy whose touch is so impressive and bereft of any pretentions. Her women are portrayed in their natural state, with their pubic hair so tastefully shown to put paid to any notion that such exposure is best concealed.

Grace truly epitomises her subject, with her long and shapely form, and revealing an irresistible capacity to understand and appreciate the sexual frisson that her photography imbibes. If she herself were in a reversal of roles, she could be even more stunning than her most vivacious models. And what a pity she isn’t…

This magnificent book is a Christmas gem. To miss it would be a cardinal sin that no one should ever wish to commit, so hurry along and order your copy now. Be amongst the first to celebrate its acquisition!”

Full page teaser in this month’s Tatler ahead of next month’s feature! Thanks @Tatleruk team! 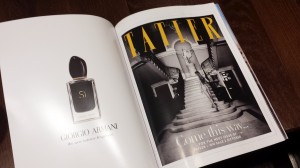 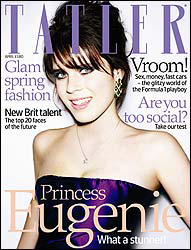